WISDOMSHOW WDS-580 BGA Rework Station 4,7kW LCD 7 “ is a professional and modern solution for disassembly and assembly of BGA, uBGA, CBGA, CCGA, CSP, QFN, MLF, PGA systems for consumer electronics, The device was designed for repairing computer motherboards, graphics cards, notebooks, consoles, mobile phones, modules and car drivers made in lead-acid and lead-free soldering technology, especially recommended for working with large PCBs. and an efficient cooling system ensures efficient operation and reduces the time of high temperature impact on the board to a minimum.

The station allows you to program 20000 heating profiles, keep track of them as well as change of already set parameters at any time (also during heating). In order to better ensure the end result, each profile can be programmed in 8 temperature blocks. After completing the heating process, you can analyze the full waveform on the display.

All parameters, such as: set temperature, heating time, temperature rise in time, cooling time, operating time of the vacuum gripper can be set independently using the MCGS LCD Human-Machine Interaction (HMI) HD control panel with a diagonal of 7. The display shows all parameters station work in real time, including graphical visualization of the heating process status as well as setpoints and temperatures achieved on the charts.

On the screen, the following temperatures are given in numerical form as well as in the chart:

The station’s software is equipped with KEEP profile hold button. After pressing it, the station maintains all temperatures reached by it at a given moment until the KEEP button is pressed again.

The station also has an emergency STOP button which will stop the heating process at the user’s request.

In order to ensure the best soldering effect in the station, there are 3 independent zones / heating surfaces (top, bottom and PCB heater) whose temperature can be controlled and controlled separately. The first (top) and second (bottom) is a blast of hot air. The third lower zone is a quartz heating element (dark infrared). The first and second heating surfaces can be controlled via multiple groups and sections of temperature parameters. The upper heating element can be adjusted in any plane. The bottom hotair has vertical adjustment, which is of key importance, for example with large console systems. The third surface (heater) heats the plate on a large surface, reducing stresses and lowering the temperature needed for the soldering of the element.

In addition, the heating sections of the lower IR heater can be switched off by blocking two switches eg in the situation of heating / heating a smaller PCB.

In order to determine the precise temperatures in the station, precise K-type thermocouples with accuracy +/- 3C working in a closed loop were used.

After each desoldering / soldering process an alarm is generated.

In the event of too high uncontrolled temperatures or the possibility of overheating components built-in protection system against excessively high temperature will stop the whole process and turn off the electrical circuit.

On the left side of the station there is a very efficient transverse fan automatically cooling the PCB after desoldering and soldering. This prevents deformation of the PCB and protects the BGA reballing effect.

The main PCB holder has been equipped with a V-groove, which ensures quick and stable plate assembly and a large adjustment range.

To direct the hot air and protect neighboring elements in the station in the upper and lower part, magnetic nozzles were designed. Nozzles are mounted very simply with one hand. They can be set and rotated at any angle.

In addition, the bottom nozzle has special openings to extract excess hot air.

The station is also equipped with an electronic vacuum gripper controlled also from the level of the LCD touch screen. It also has an emergency switch.

The station has a certificate and CE marking. 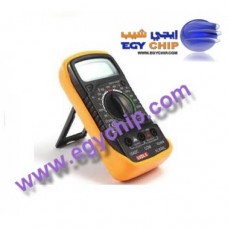 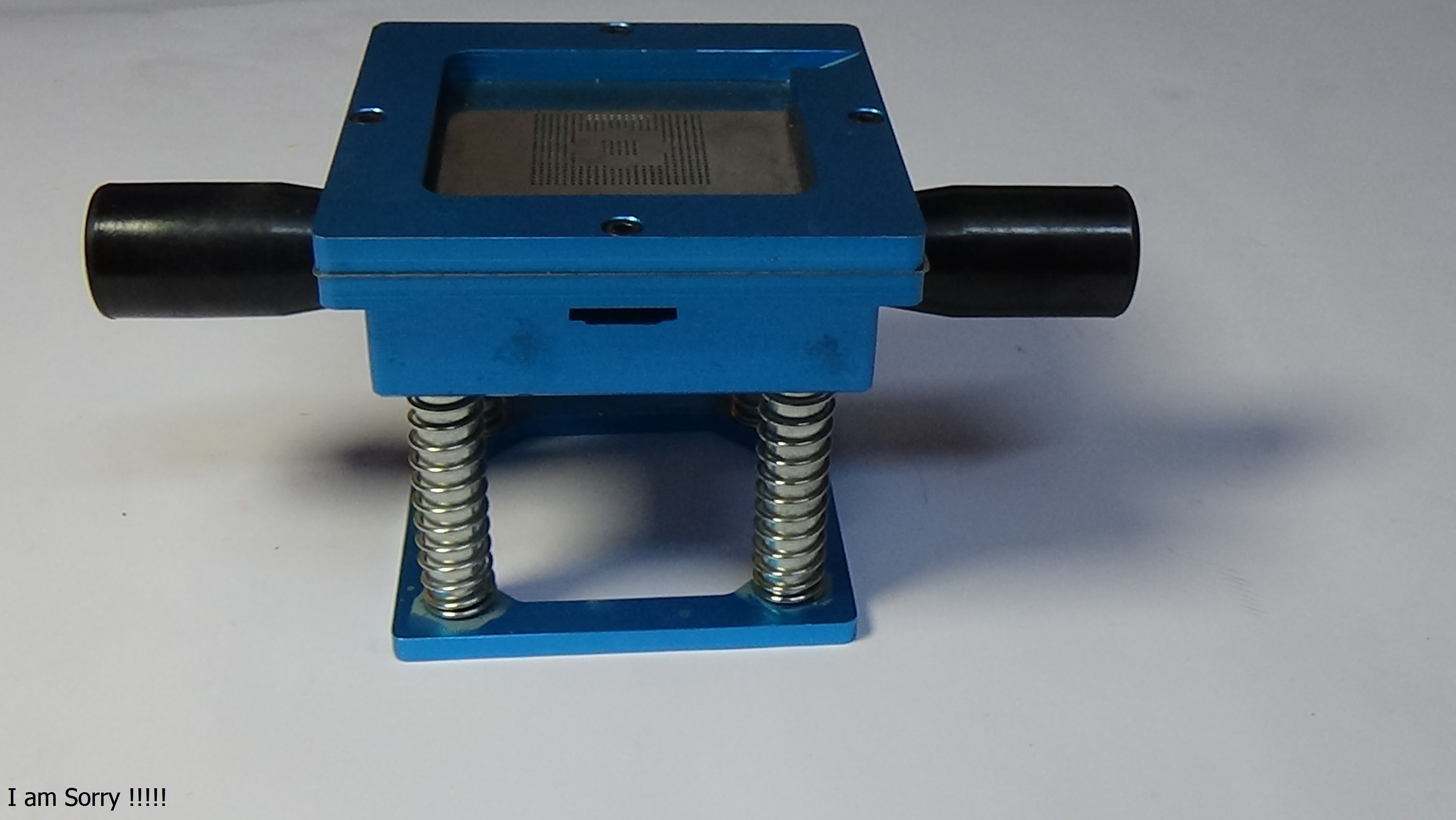 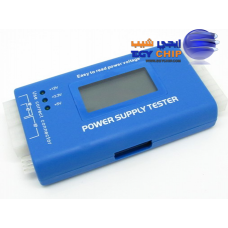 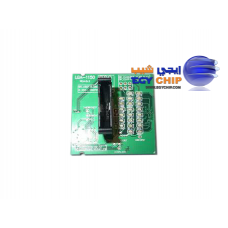